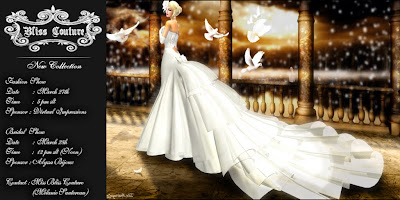 You are cordially invited to the Bliss Couture, Two Years of Bliss Anniverary Shows.

There will be two shows, held on the Runway of the New Bliss Couture Flagship Store:

A special treat as guests are welcomed to the new main will be the fantastic music and vocals of Carmen Roeth 27th March at 2PM and Skye Galaxy on 28th March at 4PM.

A free Gift will be out at Bliss Couture Mainstore Right After the Show on March 27th! 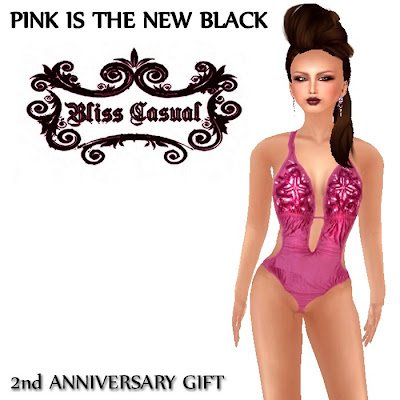 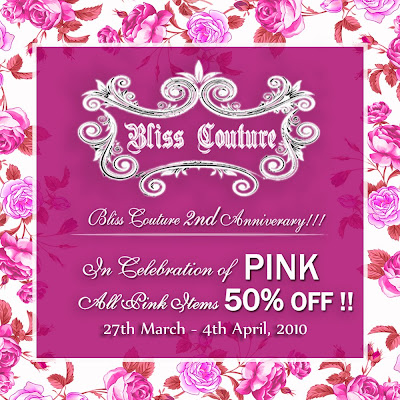 In honor of our Anniversary Celebration and Grand Opening Bliss Couture will be introducing a NEW casual "everyday item" line including leggings, tank tops and classic jeans.

We are also excited to introduce our first two Bliss Couture Doll of the Month. announced on Saturday during the Formal Fashion Show. They will be also in the finalist list in our search for Miss Bliss Couture 2011!
You can find the contest here

A Special Anniversary Gift (Members Only) will be out only for limited time, from Saturday March 27th to Sunday April 4th 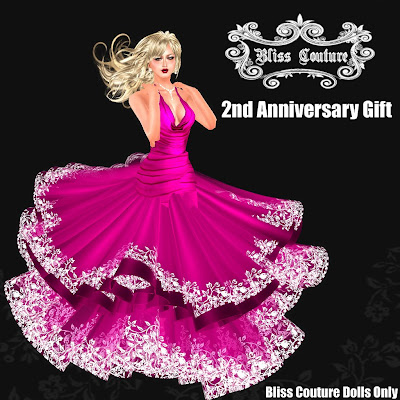 You can find the complete calendar of the Events for the Two Years Anniversary and Grand Opening of the New Flagship Store here.

See you all at the Bliss Couture's New House!