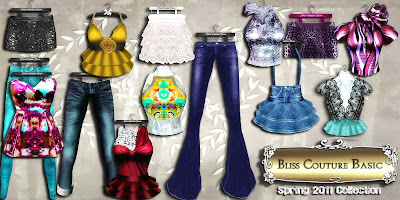 Bliss Couture's shopping therapy will be one of the delights of the season.

The fashion label presents the Bliss Couture Basic 2011 Spring Collection today march 26th, during the month of its Third Anniversary. After the launch of the past december, the new creations are now available at the flagship store's exclusive location with a must-have wide selection of 30 new casual pieces in a colorful palette of shades.

Expect to become much more familiar with Bliss Couture Basic's eminently wearable designs which are revealing their true craftsmanship, attention for detail and charm of simplicity, being created to give even the most elegant wardrobes a vibrant youthful flair at the side of the better known couture.

Treat yourself to one of the season's biggest trends. Rather than choose a last-minute shirt or jeans or the mini dress from the local corner shop, we're giving you plenty inspiration to truly feel special with our selection of stylish looks for chic addicts everywhere.

Bliss Couture Basic 2011 Spring Collection will be the theme of the 3rd Anniversary Fashion Show on Saturday, April 9th at 11am, directed by Kay Fairey, Miss Bliss Couture 2011. 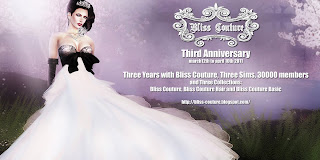 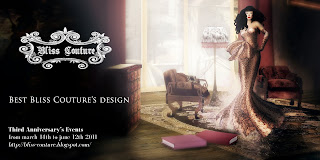